More Adventurous Than a Hollywood Story!

Love is a continuous journey of extensive self discovery.  We are always living, loving and learning who we are, where we are and evolving into who we are becoming in the present moment (this evolution never ceases).  Love shows us that we can give far more of ourselves than we ever thought, expose much more of our true selves than is comfortable and can ﻿receive priceless lessons and experiences than you ever expected.

“We shall not cease from exploration
And the end of all our exploring
Will be to arrive where we started
And know the place for the first time."
T.S. Eliot, Four Quartets

“Bottom line is, even if you see 'em coming, you're not ready for the big moments. No one asks for their life to change, not really. But it does. So what are we, helpless? Puppets? No. The big moments are gonna come. You can't help that. It's what you do afterwards that counts. That's when you find out who you are.”

Love is not the music pounding picture painted for us in Hollywood Movies, nor is it a Fairytale.  Love is however, very rich in Vitamins A, C and D (Adventure, Compromise and Discovery).  Love is not all flowers, cuddle time, candlelite and massages.  Love is actually more like a personal trainer, designed specifically with you in mind, sent to bend you and stretch you far beyond the limitations that you were NOT EVEN AWARE EXISTED!


Love Is by far so much deeper, more valuable and More Adventurous Than any Hollywood Story!!!

It's Time To Come Clean (My New Addiction)

This past week I spent a wonderful four days in Michigan hanging with some family and dear friends. I had an unexpected visit from a former co-worker and childhood friend, I went to the theatre , went out to dinner, was treated out to breakfast, and stayed in and watched one of my all-time favorite Jerry Lewis’ films
with my Sisters and Nieces. As wonderful as all these things were, there were al...so events taking place that some of you may view as dark and corrupting. Some may even think down right evil, activities that I participated in willingly. I was seduced, by all the talk from friends and family members. I was told to try it, just once. I couldn’t say no even though I wasn’t interested. I gave in to the pressure and before I knew it I was being given nightly doses of this substance. Each night I would be asked, “Do you want more”? and each night I would reluctantly reply “sure, why not?” until one night I started asking for it myself. I couldn’t wait to have it. I would stay up until the early hours getting my fill, because I knew that when I returned home it might be difficult to get. It happened, I was totally and completely addicted and I liked it. I now know it’s all over for me. I should have just said no, should have run screaming in the other direction, but now it’s too late. I’m hooked on that mind blowing drug and I like it.
You may be asking yourself, what is she talking about? What is this powerful thing that has gotten a hold of her? What is this thing that has her up at all hours of the night and the early morn wanting more?
Ahh my Facebook friends, trust me when I tell you that many of you too have been drawn in, chained up and taken hostage by this powerful drug. You too have been observed talking about when and where you will get your next fix, and you too have experienced the rush, and excitement from a powerful dose of it all the while anticipating that next hit.
Yes, I am talking about that one thing that has many of you folks glued to your flat screens, lap tops, I Pads and smart phones every Thursday at 10pm (est). I am talking about that TV show “Scandal” YES!!
I said it!! I’m hooked. There I’ve said it again. I hate to admit it, but it has to be known. And the one who got me addicted?, the one who was my pusher?, my dealer?, was the one I trusted most?, was my own TWIN SISTER!!!
I know, I know, shocking isn’t it? Each night she treated me to “a Scandal thon” where we would watch episode after episode until I was fully “caught up”. She knew what she was doing all along. Oh she was a sly one that “Chilly Quilly”, but I can’t hate her can I. Now we have something new that we share in common. Something to chat on the phone about for hours and hours (like we need a reason) And now I must anticipate, or should I say dread, the day when the season will end with yet another cliff hanger leaving us all feigning for more. Thanks a lot Quill!!!
Some of you know what I’m talking about, go on admit it. It’s time to come clean.
Posted by Kallista Marie at 2:30 PM No comments:

Visit us on The Book!

I wanted to stop in and personally thank each and every one of you for visiting, reading, enjoying and sharing "A Little Birdie Told Me" Blog!  It has been and continues to be Pure Bliss to write the words, share the laughter and pictures with you.

This blog was designed to spread Love, Joy, Peace, Wisdom, Laughter, A Different Point of View, Beauty and so much more.  I want to invite you to visit us on FaceBook at https://www.facebook.com/pages/A-Little-Birdie-Told-Me/304571449651395.  Visit us on FaceBook, like the page and share it with your family and friends.  Staying connected and inspiring positive change one heart at a time is our goal! 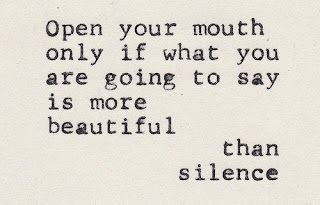 Again we invite you to Visit us on The Book!
Posted by Kallista Marie at 8:28 AM No comments:

Self Love, Your First Love

Happy Valentine's Day to you, you and ME!!!!  Valentine's Day normally evokes many visions, commercials, feelings (some good and some not so much) and desires.  Rose petals, candlelight, dinner, music, candy, teddy bears, lingerie, mystery dates and a good sweaty work out!!! WHAT???? Sweaty and work out...are you saying to yourself...what is this lady drinking over there??? Ok, ok let me clarify.  This morning I was attempting to hype myself up to go work out and I had a light bulb moment, walk with me people.  If I indeed believe (which I whole heartedly do) that God loves me and I in turn am a reflection of His love, then I owe it to God and myself to love myself...right?  RIGHT!  Love being an action word means that I not only say I have love for myself but I show it in the way I treat ME (mind, body and spirit).  I strive to live in the present moment, I eat well but as healthy as possible, I release stress 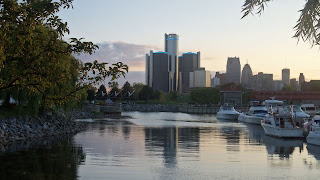 to someone who is more equipped to handle it (than I am)..GOD and I work my temple out regularly.  Take time to care for your body (it actually has a built in set of instructions if we but listen a little closer).  Other than getting back to walking regularly to love on me, I have also stumbled upon a natural moisturizing body butter that my elbows and feet absolutely LOVE called "Butterfly Butter", created by Ms. Adrienne Roach.  This is a perfect little treat for you, especially to maintain in between pedicures to keep the feet sweet

Self love is truly Your First Love!  It is the love that allows us to flourish and fulfill our divine purpose (yes no matter who you are, where you are in your life...you have a DIVINE PURPOSE).  Be still, listen, drink water, work out, pamper yourself (Men, Women and Children). 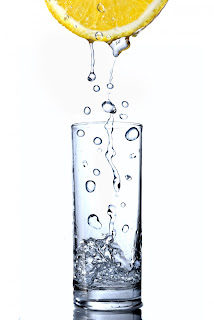 Posted by Kallista Marie at 11:59 AM No comments: